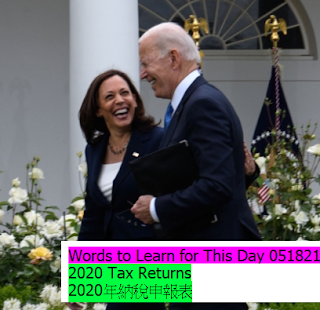 Vice President Kamala Harris and President Joe Biden leave after Biden delivered remarks on COVID-19 response and the vaccination program from the Rose Garden of the White House in Washington, D.C., on May 13, 2021.
Biden and Harris Release 2020 Tax Returns

May 18 - President Joe Biden and Vice President Kamala Harris released their 2020 tax returns on May 17, disclosing the incomes for themselves and their spouses for the year prior to their inauguration.

The disclosure came on Tax Day, the individual tax filing deadline for the vast majority of Americans.

Biden and First Lady Jill Biden earned a combined income of $607,336, according to a copy (pdf) of their tax return. The president and first lady paid 25.9 percent in federal taxes on their income, for a total of $157,414. They also paid $29,237 in state taxes in Delaware and Virginia.

The Bidens donated more than $30,000 to ten charities, about 5.1 percent of their income. The largest donation went to the Beau Biden Foundation, a charity dedicated to child abuse prevention.

Harris and First Gentleman Doug Emhoff earned $1,695,225 in 2020 and paid $621,893 in federal income tax, according to a copy (pdf) of their tax return. The tax payments amounted to more than one-third of their income, 36.7 percent. The vice president and the second gentleman paid an additional $182,001 in state taxes in California and the District of Columbia.
Harris and Emhoff contributed $27,006 to charity in 2020, less than 2 percent of their income, according to the tax documents.

The White House said in a press release that Monday’s disclosure marks the 23rd year that Biden released his taxes and the 17th year that Harris has done so. Their predecessors, President Donald Trump and Vice President Mike Pence, broke with years of precedent and did not disclose their tax returns during their four years in office.

“Neither the President nor the Vice President [has] any conflicts of interest,” the White House said in a statement accompanying the release of the disclosure forms.     source from 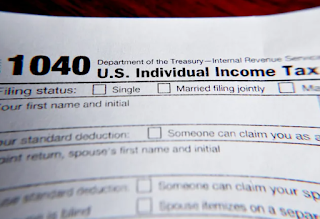 May 17 - Federal tax refunds have started going out to taxpayers who paid taxes on their unemployment benefits when they filed their 2020 tax return.

Typically, unemployment benefits are considered taxable income. But the stimulus plan enacted by Congress in March exempted $10,200 in benefits for taxpayers for last year with an income of up to $150,000. For married couples filing jointly, $20,400 in benefits can be exempted.

The problem is that by the time Congress acted, millions of taxpayers already had filed their tax returns for 2020, and that included claiming those benefits as income.

The Internal Revenue Service said Friday that it has identified more than 10 million affected taxpayers who filed their tax returns before the American Rescue Plan became law.

To claim a federal refund, taxpayers don't have do anything. The IRS says corrections will be made automatically and the money refunded to the bank account shown on the return. If there is no bank account listed, the IRS will send a check.

The IRS says it is reviewing those returns to determine the correct taxable amount of unemployment compensation and tax, and determining whether the taxpayer is entitled to a tax refund, a reduced balance due or no change.

Simple tax returns are those, for example, that don't claim children or refundable tax credits.

Any refund comes with this caveat: It is subject to be taken by the government and used for a variety of purposes such as unpaid federal or tax income, child support and student loans.

The IRS will send taxpayers a notice explaining the corrections.
In Ohio, affected taxpayers will have to file an amended state tax return and school district tax return if they want to get their refund.

For now, the Ohio Department of Taxation is advising taxpayers not to take any action on the returns they have filed.
It says it will provide further guidance when more details are available from the IRS.     source from 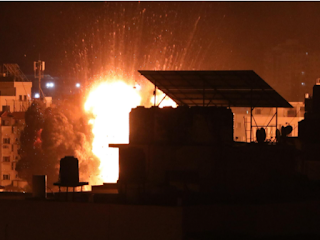 May 18 - The decision to approve the sale was made on May 5, about a week before the escalating violence began, the Washington Post reported. But the approval came amid then-mounting criticism of Israel's planned expulsions of Palestinian residents from an East Jerusalem neighborhood, and repeated raids on Al-Aqsa mosque, the third holiest in Islam.

The decision to greenlight the sale, which is mainly comprised of Joint Direct Attack Munitions, has stirred opposition among some members of U.S. President Joe Biden's Democratic Party, including Congresswoman Ilhan Omar, as the death toll from Israel's Gaza offensive continues to mount.

Omar said shortly after the Post's story was published that the sale should not be completed "while crimes against humanity are being committed with our backing."

"It would be appalling for the Biden Administration to go through with $735 million in precision-guided weaponry to Netanyahu without any strings attached in the wake of escalating violence and attacks on civilians," she said in a statement, referring to Israeli Prime Minister Benjamin Netanyahu.

"If this goes through this will be seen as a green light for continued escalation and will undercut any attempts at brokering a ceasefire," added Omar.     source from 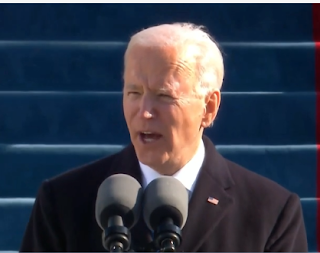 WATCH AGAIN: Joe Biden's inaugural speech
Date Published on January 20, 2021
This is Joe Biden's Inaugural Speech after being sworn in as the 46th President of the United States.
After a tumultuous four years under President Trump, Joe Biden has called for unity amongst Americans.

"My whole soul is in this, bringing America together, uniting our people, uniting our nation. I ask every American to join me in this cause.

"With unity we can do great things, important things."

Mr Biden continued in his desire for the nation to stand together.

"History, faith and reason show the way, the way of unity. Without unity there is no peace, only bitterness and fury."

"This is our historic moment of crisis and challenge and unity is the way forward. We must meet this moment as the United States of America.

"We have never, ever, ever failed in America when we have acted together."   watch video 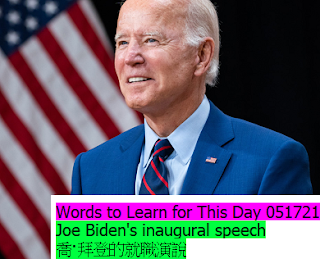 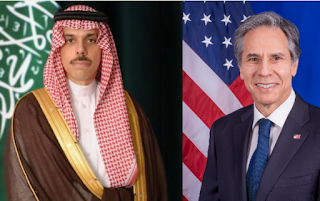 May 17 - RIYADH: Saudi Arabia’s Foreign Minister Prince Faisal bin Farhan on Sunday discussed the ongoing efforts to calm tensions in Israel and the West Bank and Gaza and bring the current violence to an end, during call with US Secretary of State Anthony Blinken.

Blinken “lamented the loss of Palestinian and Israeli lives and urged engagement to prevent a deepening of the crisis,” the State Department said, adding he also “expressed his belief that Palestinians and Israelis deserve equal measures of freedom, dignity, security, and prosperity.”

During the phone call, the two ministers reviewed the strategic relations between their two countries and ways to enhance them in all fields, the Kingdom’s foreign ministry said on Sunday.

They also discussed the most prominent developments, foremost of which are developments in Palestine and the region.
The two ministers also discussed other important priorities, including bolstering Saudi defenses, achieving a comprehensive cease-fire and transition to a political process in Yemen, the State Department added.

Blinken also conveyed his best wishes to the foreign minister and the Saudi people for Eid Al-Fitr.     source from 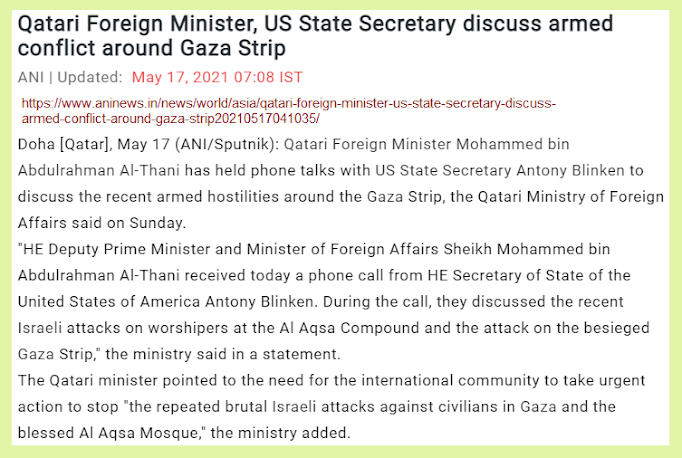 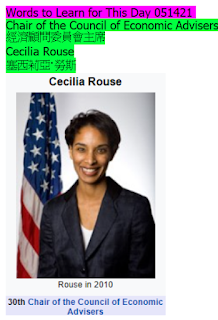 Cecilia Elena Rouse (/ˈraʊs/ ROWSS; born December 18, 1963) is an American economist currently serving as the 30th Chair of the Council of Economic Advisers. She is the first African American to hold this position.[2] Prior to this, she served as the dean of the Princeton School of Public and International Affairs at Princeton University.[3] Joe Biden nominated Rouse to be Chair of the Council of Economic Advisers in November 2020.[4] On March 2, 2021, Rouse was overwhelmingly confirmed by the Senate, 95–4.    from Wikipedia 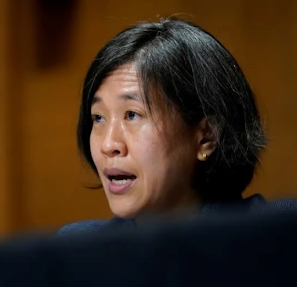 May 15 - The United States, Mexico and Canada will next week hold their first formal talks on their continental trade deal, with particular focus on labor and environmental obligations, the U.S. government said on Friday.

Trade ministers from the three nations are set to meet virtually on Monday and Tuesday to discuss the U.S.-Mexico-Canada (USMCA) deal, which took effect in July 2020.

"The ministers will receive updates about work already underway to advance cooperation ... and will hold robust discussions about USMCA's landmark labor and environmental obligations," the office of U.S. Trade Representative Katherine Tai said in a statement.

The United States is also reviewing tariffs which may be leading to inflation in the country, economic adviser Cecilia Rouse told reporters at the White House on Friday, a move that could affect hundreds of billions of dollars in trade.

The United States, testing provisions in the new deal aimed at strengthening Mexican unions, this week asked Mexico to investigate alleged abuses at a General Motors Co factory.     source from 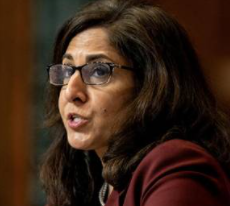 May 15 -The Indian-American policy expert is currently the President and CEO of the Center for American Progress (CAP)Indian-American policy expert Neera Tanden has been appointed as a senior adviser to United States (US) President Joe Biden. This comes two months after she withdrew her nomination as Director of the White House Office of Management and Budget due to stiff opposition from Republican senators.

Tanden has been entrusted with two tasks – launch a review of the US Digital Service, and plan contingencies that could result from the Supreme Court's consideration of Republican lawsuits seeking to strike down the Affordable Care Act...     more
Good news and bad news for Gaetz as associate takes plea deal (and the good news is bad)

May 15 - Rachel Maddow looks at the new details in the enduringly gross case of Joel Greenberg, associate of Donald Trump acolyte Rep. Matt Gaetz, and explains why Greenberg's new plea deal is bad news for Gaetz for what it contains, but also for how it treats Greenberg as a witness.    watch video